Tauranga Hockey was ready to host Masters in 2021 when the tournament was cancelled 11 hours from the first whistle, due to the Covid-19 pandemic.

Congratulations to Tauranga players who have been named in World Cup squads after the recent Masters' National tournament in Christchurch. We also have Tauranga coaches and managers selected for national duty.

Canterbury Hockey hosted the 2020 National Masters Tournament at Nunweek and Ngā Puna Wai. There was a record 82 teams entered in the largest domestic Hockey NZ tournament. Tauranga had seven teams attend, some combined with BOP Hockey or Waikato Hockey.

Congratulations to our teams:

W55: coached by Gill Gemming, the defending national champs. The team is looking on track for the finals – wins 9-0 Wanganui, 4-0 Northland, 2-1 Auckland and 1-0 against Northland.  They play Canterbury.  Their stats so far are 16 goals for, one against.
W50: playing off today in the 5th and 6th game against Nelson. They had a win against Nelson in the round robin and losses against Southern, Wellington and Auckland.
W45: had a great win against North Harbour, beating their old foe 2-0. They have had losses against Northland, Auckland and Wellington and are currently sitting in 6th place.
M50: had a win against Counties Manukau (3-0), two draws with Canterbury and a loss against Auckland. They played Manawatu in the 5th and 6th playoff.  Gene Coates-Reid is second equal individual goal scorer.

Congratulations to all our world champions and medal winners.

A very successful Masters was held last week in Napier/Hastings and our teams and players performed creditably. 55+ Tauranga Women won the Gold Medal in a thrilling final match with North Harbour 3-1.

Players who were selected in NZ Teams to play in Trans-Tasman event in May were:

Congratulations to all the players from Tauranga who were selected for these NZ teams.

The following players were selected to compete in the FIH Masters Hockey World Cup tournament played in Rotterdam, Holland.

The following players were selected to compete in the FIH Grand Masters Hockey World Cup tournament played in The Hague. 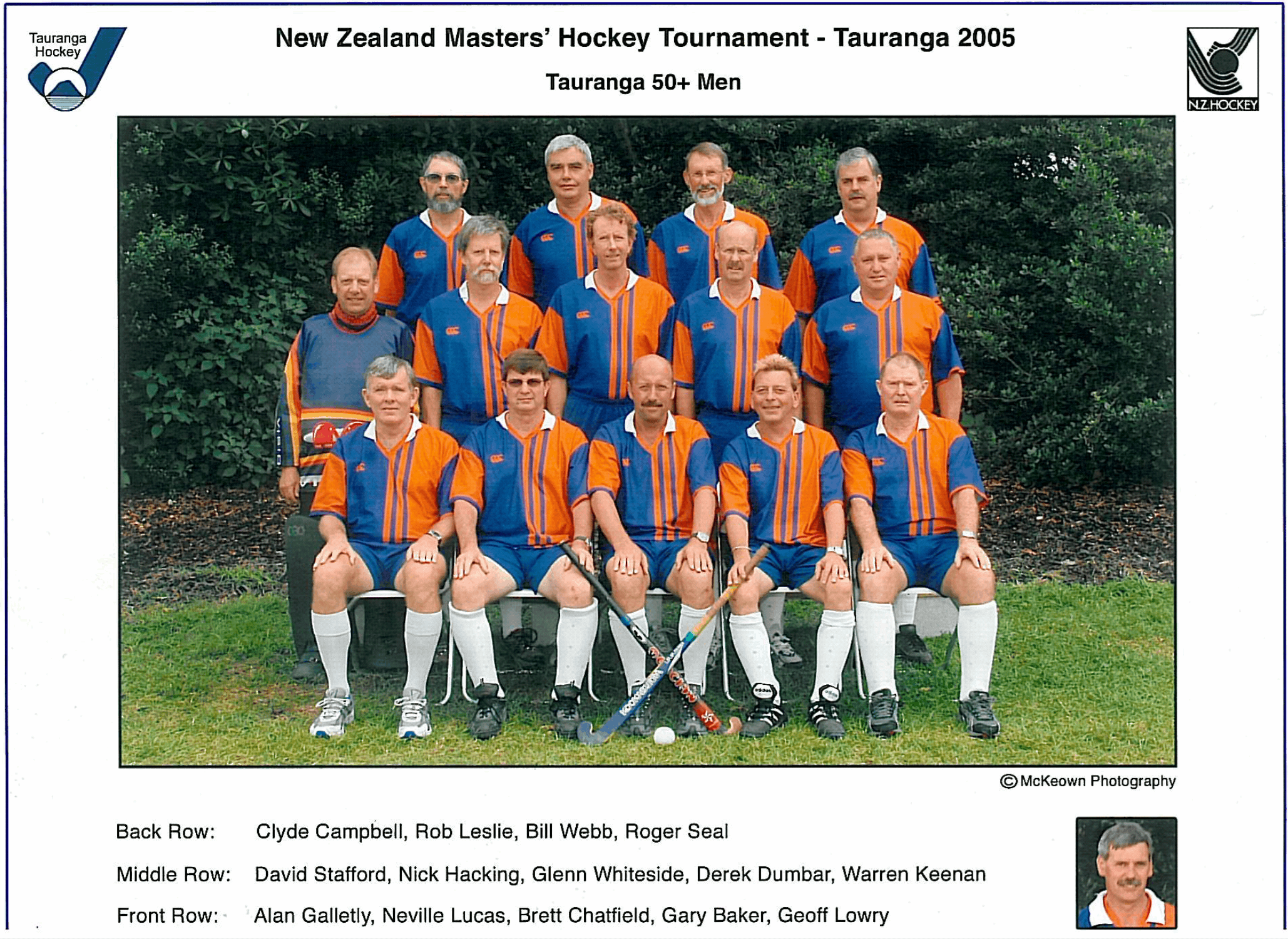 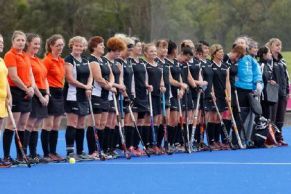 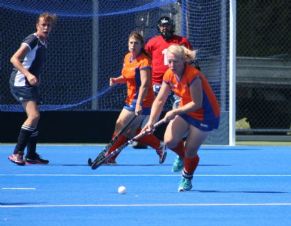 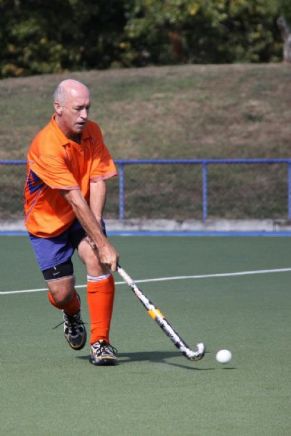 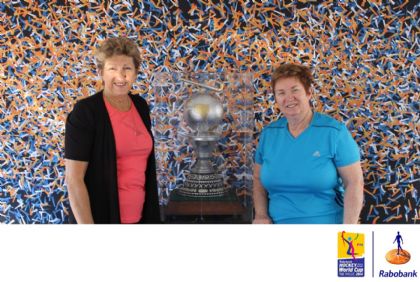 Our Umpires Manager, Caroline, and our President, Gill, at the World Cup 2014 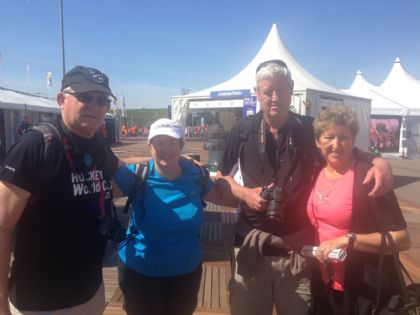